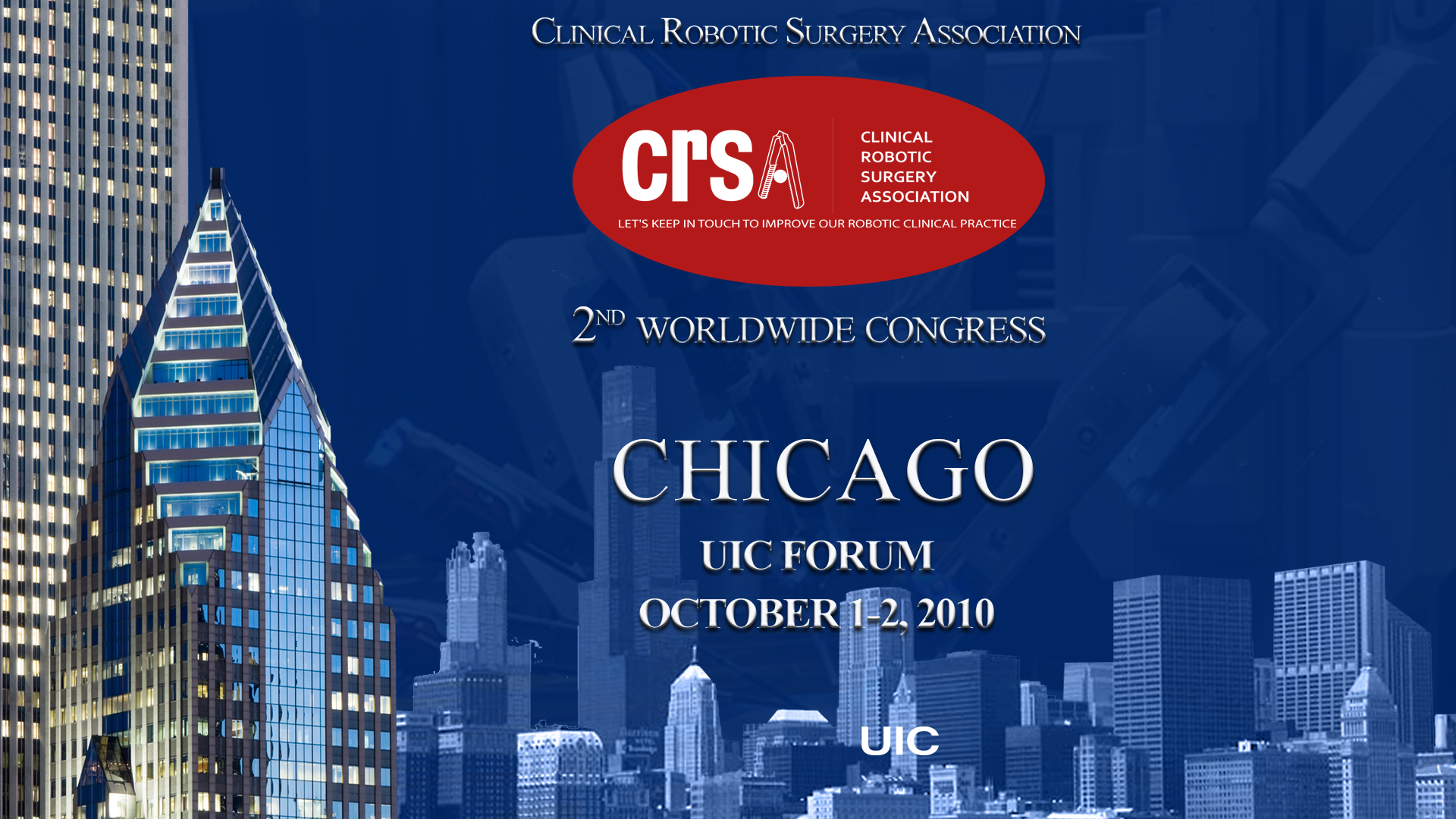 Official Hotel for the CRSA 2010 Congress

Click here for information on how to move between Chicago Airport O’Hare and Chicago Downtown.

The Art Institute of Chicago.

The AIC, founded in 1879 as both a museum and school, opened on its present site at Michigan Avenue and Adams Street in 1893. Built on rubble from the 1871 Chicago fire, the museum housed a collection of plaster casts and had a visionary purpose: to acquire and exhibit art of all kinds and to conduct programs of education. The collection now encompasses more than 5,000 years of human expression from cultures around the world, and the school’s graduate program is continually ranked as one of the best in the country. Recently a new modern wing, designed by the famous Italian architect Renzo Piano, has been opened, making the AIC the second biggest museum in the US. (www.artic.edu/aic)

The Chicago Museum of Contemporary Art.

The MCA, founded in 1967, is a contemporary art museum located near Water Tower Place in downtown Chicago. The museum, designed by Josef Paul Kleihues, is one of the world’s largest contemporary art venues. Today, the museum’s collection consists of 2,345 objects, as well as about 2,500 artist’s book. The collection includes visual art from 1945 to the present. The collection includes work by artists from Lee Bontecou to Robert Smithson. (www.mcachicago.org)

The Museum Campus of Chicago.

The complex is a 57-acre lakefront park in Chicago that surrounds three of the city’s most notable museums, all dedicated to the natural sciences: the Adler Planetarium, the Shedd Aquarium, and the Field Museum of Natural History. The Museum Campus was created to transform the vicinity of these three institutions, among the city’s top cultural draws, into a scenic pedestrian-friendly area. The area is landscaped with greenery and flora as well as jogging paths and walkways. A picturesque promenade along Solidarity Drive, a narrow isthmus linking to Northerly Island is lined with a number of grand monuments commemorating Ko?ciuszko, Havli?ek and Nicholas Copernicus.

The Chicago Theatre, originally known as the Balaban and Katz Chicago Theatre, is a famous theater landmark located on North State Street in the Loop area of Chicago. For several decades, it was the city’s premier movie theater. Now the Chicago is a leading venue for stage plays, magic shows, comedy, speeches, and popular music concerts. The building was added to the National Register of Historic Places on June 6, 1979, and it was listed as a Chicago Landmark on January 28, 1983. The marquee is a Chicago cultural and physical landmark that commonly appears in film, television, artwork, and photography. (www.thechicagotheatre.com)

The United, the largest sports arena in the United States, is home to both the Chicago Bulls of the NBA and the Chicago BlackHawks of the NHL. In addition to more than 80 Bulls/Blackhawks games per year the arena hosts more than 200 musical events. A statue of “Air” Michael Jordan is located on the east side of the arena attracting millions of fans every season. (www.unitedcenter.com)

Centerpiece attractions include a 150-foot tall Ferris wheel, an IMAX theater, the Chicago Shakespeare Theater, Amazing Chicago’s Funhouse Maze, the Chicago Children’s Museum, the Smith Museum of Stained Glass Windows, and at the entrance to Navy Pier is a statue of Oak Park comedian Bob Newhart, sponsored by the TV Land network. The pier now features a large front lawn showcasing numerous larger-than-life public art sculptures and an interactive animated fountain. The pier continues to be used as an embarkation point for tour and excursion boats. One of its most popular yearly attraction is the tall ships Venetian Night festival. The pier and its grounds encompass more than 50 acres of parks, gardens, shops, restaurants and other shore entertainment. Navy Pier contains 170,000 total square feet of exhibition space, 50,000 square feet of reception space and 48,000 square feet of meeting room space. (www.navypier.com)

These three towers are the symbol of Chicago’s greatness all around the globe. The Sears Tower in particular is still ranked amongst the world’s tallest building and every year millions of tourist remain speechless on its top admiring the amazing view.

When it comes to taste it does not matter where are you from….Chicago, with its thousands of restaurants/pubs, is able to satisfy even the most demanding international taste. This is a list of the most recognized and successful places you could decide to have dinner at: